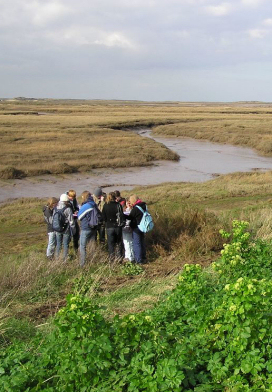 Welcome to the CCRU

The Unit's brief is to:

A variety of research projects on coastal topics are being undertaken by the CCRU.

The Unit has an active group of PhD students, undertaking PhD study at the Department of Geography.

Learning from the Great Tide

On the exact 70th anniversary of the catastrophic 1953 storm surge along the east coast of England, listen to Tom Spencer, Emeritus Professor of Coastal Dynamics, Department of Geography talk about the governmental response at the time, the challenges for the management of low-lying coasts now, and the work of the Cambridge Coastal Research Unit in a BBC Radio 4 programme, Seriously... Learning from the Great Tide.

Tom showed how early Anglo-Australian collaborations led to the 1928-29 Great Barrier Reef Expedition (leader: Maurice Yonge, Zoology Cambridge; Head of Geographical Section: Alfred Steers, Geography, Cambridge). The Expedition's emphasis on the relationships between reef growth and environment, and the critical importance of their study in the field, effectively set the template for much of modern coral reef science. An accompanying Museum exhibition included the original Expedition dive helmet, used for some of the earliest studies of the variation of coral growth with water depth.