Home
You are in:  Home 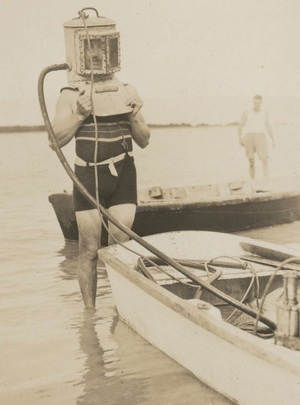 Tom showed how early Anglo-Australian collaborations led to the 1928-29 Great Barrier Reef Expedition (leader: Maurice Yonge, Zoology Cambridge; Head of Geographical Section: Alfred Steers, Geography, Cambridge). The Expedition's emphasis on the relationships between reef growth and environment, and the critical importance of their study in the field, effectively set the template for much of modern coral reef science. An accompanying Museum exhibition included the original Expedition dive helmet, used for some of the earliest studies of the variation of coral growth with water depth.

Most coastal flood risk assessments are over-simplified and only a small number of possible scenarios are considered – not enough to build in the uncertainties of the climate changes we face. Now a new digital tool, developed by the Department's Cambridge Coastal Research Unit with researchers at the consulting engineers Arup and the National Oceanography Centre, allows the consideration of the economic impact of tens of thousands of potential scenarios of rising seas and mitigation activities. Applied to flood risk in the city of Hull, UK east coast, it's the first time the full scope of the Intergovernmental Panel on Climate Change (IPCC) sea-level rise projections can be seen in an interactive way.

# Britain is crumbling into the sea – but does it matter?

"Sea level rise is a massive inter-generational problem: our children and our grandchildren should not be the victims of poorly informed and short-termist decisions made now" says Tom Spencer, arguing for long-term strategic planning at the coast and contributing to the debate on what to do about coastal erosion, in The Telegraph , 25th June 2022. 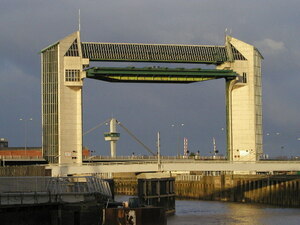 Elizabeth Christie and Tom Spencer, of the Cambridge Coastal Research Unit, in collaboration with the National Oceanography Centre and Consulting Engineers Arup report a new approach to coastal flood risk modelling, with a case study for the city of Hull.

Tom Spencer has contributed to a commentary in the journal 'Science' on a study published in the journal 'Nature Geoscience' on a large-scale experiment on saltmarsh health in the Venice lagoon where periodic closure of the MOSE barrier system now excludes storm surge sedimentation on the marshes.

Professor Spencer comments 'this study is instructive in highlighting the fundamental mismatch between those strategies aimed at the protection of the built environment and its inhabitants and those aimed at the protection of valuable, biodiverse intertidal habitats. Co-existence is not out of reach but is going to require much more nuanced and sophisticated coastal management approaches than are available at present, urgently needed as we move into decades of progressively higher sea levels.'

# On Coral Reefs, Iconic Engineering and Geography at Cambridge 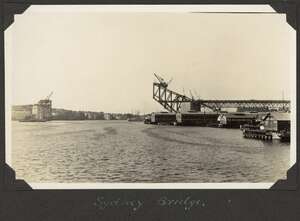 It is 100 years next October since the formation of Australia's Great Barrier Reef Committee in Brisbane in 1922. As part of these celebrations, Professor Tom Spencer and an Anglo-Australian group of researchers has been investigating one of the Committee's great successes, the 1928-1929 Great Barrier Reef Expedition (Spencer et al., 2021).

On 30 August 1929, Maurice and Mattie Yonge, the Expedition's Leader and Medical Officer respectively, finally said good bye to Australia after living and working for 13 months on Low isles, a small island on the northern Great Barrier Reef. The research undertaken there by the Expedition's British and Australian scientists marked the beginning of modern analytical studies of corals and coral reefs. The Sydney Harbour Bridge was also an Anglo-Australian collaboration, being built by Dorman Long of Middlesborough (and based on their design for the 1928 Tyne Bridge). As the Yonges left Sydney Harbour, the arch was in the early stages of construction; the two halves did not meet until 19 August 1930 with the Bridge finally being opened, an exhilarating affirmation of modern Australia, on 19 March 1932.

But there is also link between the Sydney Harbour Bridge, the Great Barrier Reef Expedition and the Department of Geography at Cambridge. One of the key players in the building of the Bridge was Arthur Debenham, Principal Assistant Engineer of the Sydney Harbour Trust. Arthur was the older brother of Frank Debenham (1883-1965), the first Professor of Geography at Cambridge (1931). It was Frank Debenham who had secured the 'Geographical Section' of the 1928-1929 Expedition, seeing to the appointment of Alfred Steers (who was to become the second holder of the Cambridge Chair in 1949) as the section leader and thus promoting the first modern geomorphological studies of the Great Barrier Reef. 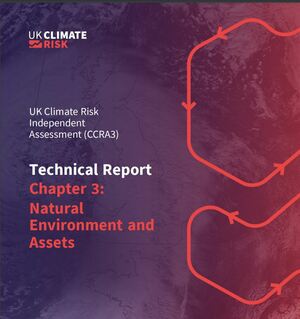 Research by the Cambridge Coastal Research Unit – on coastal flooding risks (with case studies from The Wash and North Norfolk) and wetland responses to both sea level rise and storm surges – is cited in the latest (June 2021) Independent Assessment of UK Climate Risk from the Climate Change Committee. 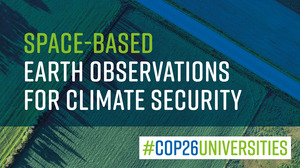 The CCRU's Ben Evans and Tom Spencer discuss 'the critical coastal zone' in the COP26 Universities Network's Briefing Paper on the role of Earth Observation in delivering a low-carbon, resilient world.

The COP26 Universities Network is a group of more than 55 UK-based universities working together to raise ambition for tangible outcomes from the UN COP26 Climate Change Conference [Glasgow, Scotland, November 2021].

Mangrove forests are rich and complex ecosystems that many fish – and fishers – rely on for survival. A new report from Nippon Foundation Nereus Program researchers based in the Cambridge Coastal Research Unit (CCRU) published on April 21 in the journal PLOS-ONE will help policy-makers tailor mangrove fishery definitions to specific places and situations.

"The actors and their uses or benefits from the mangrove for fishing are much more diverse than is usually communicated, which means it's likely that not all of these uses are recorded or represented when we make management decisions," said Rachel Seary, lead author of the report "It's important that we represent all uses when we make management decisions so that underrepresented groups don't lose out."

# Living on a coral atoll: What does the future hold? 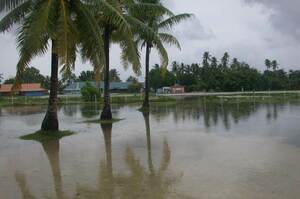 Sea-level coral atolls, and their populations, are seen as being high vulnerable to global environmental change. But this debate has largely been framed around the single impact of sea level rise and island submergence.

Risks will be highest on Western Pacific atolls which will experience increased island destabilisation together with a high threat to freshwater, and decreased land‐based and marine food supply. But at all locations, risk will increase even under a low emission scenario by the mid‐century, requiring urgent and ambitious adaptation efforts.